Finally the topiary installations that featured at the Southbank Centre as part of the Festival of Neighbourhood have made their way the short distance across London to the Olympic Park in Stratford (via Nottingham!), where they will set up residence for the year. Both installations, The Neighbours and The Sweepers, will be featured at The Queen Elizabeth Olympic Park throughout 2014. 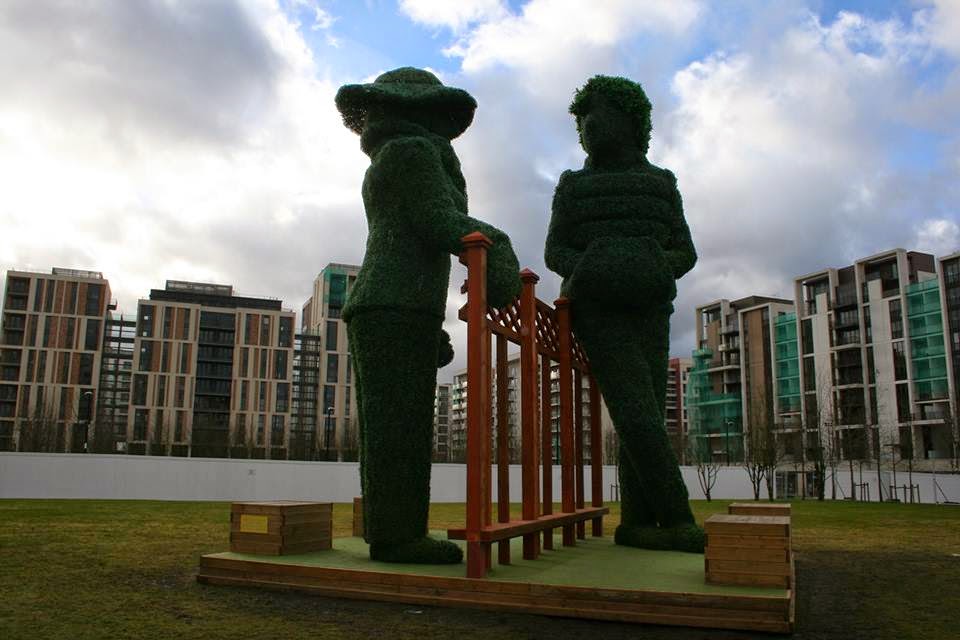 The sculpture move also provoked features in several of the local and national newspapers. 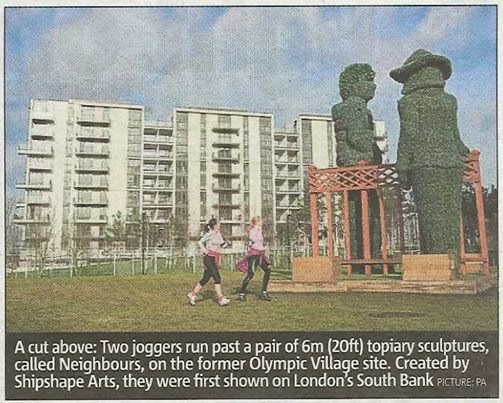 ... and they were even part of a caption challenge on the BBC website!